We help educators prepare students to participate in civic life—to use their intellect, empathy, ethics, and choice to stand up to bigotry and hate in their own lives, communities, and schools. Our approach helps students understand that history is made by the decisions they make every day.

There are as many ways to integrate Facing History into your curriculum as there are classrooms. You can start independently with our artifacts and lesson plans or our self-paced courses. Or, connect with peers in an expert-led professional learning event.

We invite you to explore how Facing History can support you in your teaching journey. 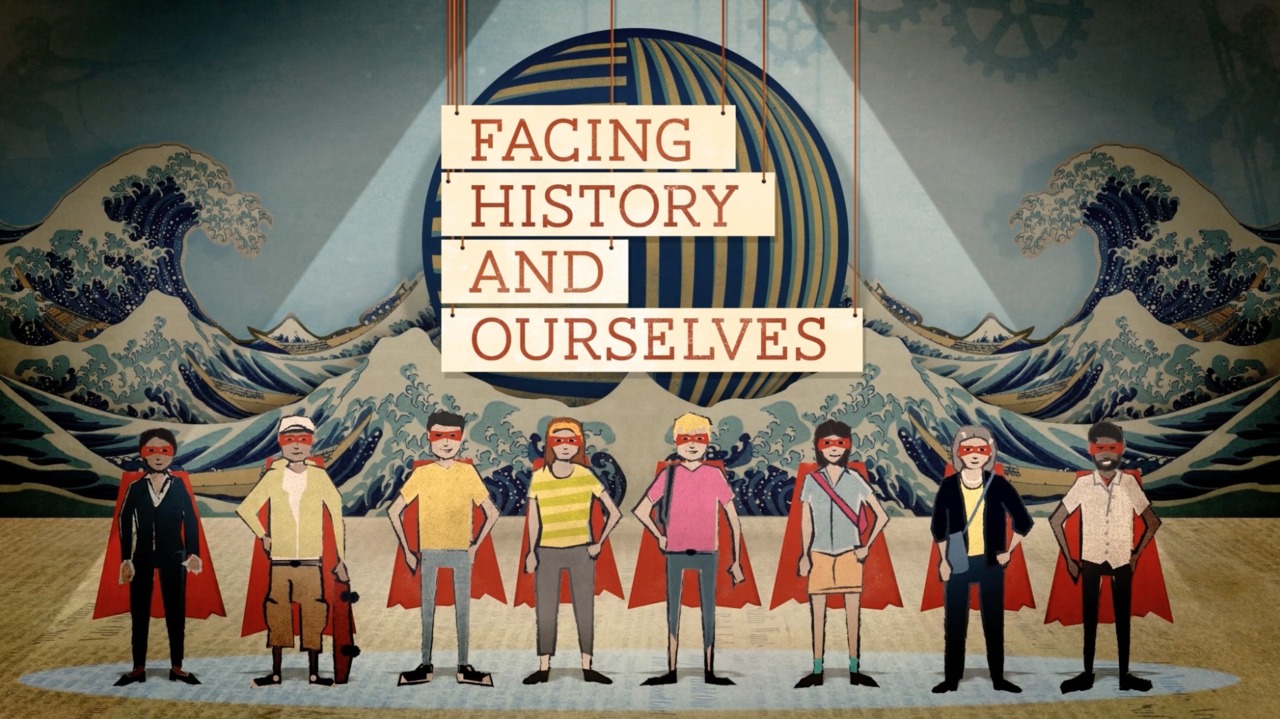 Education is the key to success, and to better yourself.

“Facing History completely changed the lens through which I teach.”

“I’ve learned so much from Facing History.”

“When teachers come back from Facing History PD they feel refreshed and inspired to teach.”

What can we do to bridge differences, and stand up to bigotry and hate?

We can learn.
Facing History & Ourselves is a global community of educators and learners working together to confront bias, bigotry, and hate. We use learning as a way to face history, and ourselves, in order to create a better future. 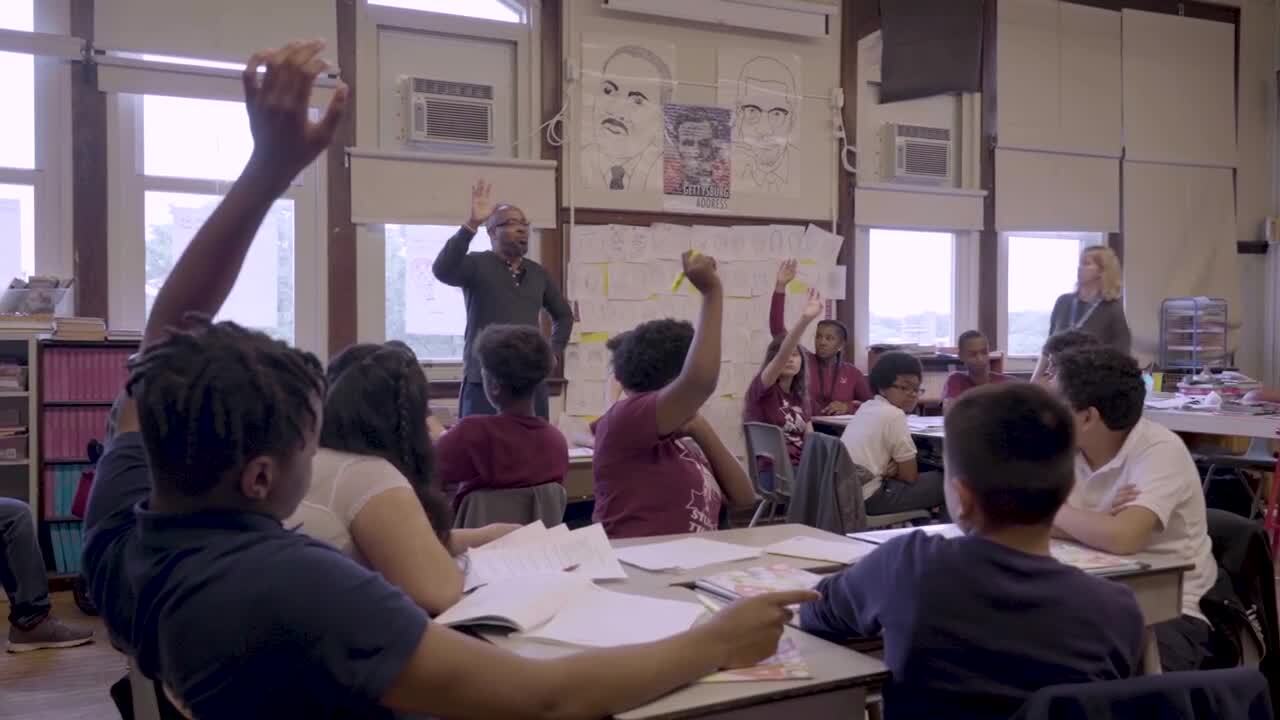 Take one minute and think about a first day, ideally, eighth grade since you're about to leave. Think about your first day. O'Reilly? I was nervous because I didn't know that I would be making new friends. You were nervous in not knowing if you were going to be able to make new friends. Ahmed, yeah? It was when I was coming into eighth grade. I didn't even know where the front door was or which class. You didn't know where the front door was or what class and where the class was going to be. Yeah. I started out as an art teacher. So I wasn't really familiar with the social science curriculum. A teacher told me about Facing History. And I went to a workshop actually in Little Rock. It was during the summer. It opened my eyes. I was like, oh my gosh, this is what I should be teaching. This is the way I should be teaching. It was a game changer, definitely was a game changer. It changed the way that I teach. It opened up so many doors as far as history itself, like looking at multiple perspectives of events that happened throughout history. I initially started this year off thinking about identity, diversity, and what role it plays in every student's life, and how a person's identity, how the world sees them, how that may influence their roles in society itself. So how you look at me or how I look at myself, how does that image help me maneuver through our society in a positive way? The lesson that I will be doing really focuses on the Little Rock Nines first day into Central High and the commotion it caused, the backlash, political ramifications that came from this event yes and how society reacted to these nine black children going to an allwhite high school. If you were a parent, remember I asked you guys this, if you were a parent, would you send your child to a school knowing all of this harassment or what may happen? I'm still trying to figure out why. Edward, then Alonzo, then Ila very quickly. As a parent, I wouldn't let them because I know that they're not going to be welcome there because of their skin color. Let me ask you this then. This is what I asked yesterday. Do you think that's right? No. So you know it's wrong. Yeah. You know it's wrong that if you send your child to a school, they will be judged by their skin color. You know it's wrong. Yeah. But you still wouldn't do it? I said something about that. You said something, yeah. I want to do Alonzo first then you. Yes? I also agree with Edward because I would be concerned for my child's safety since I know that something could happen like that. Even though you know what's happening is wrong. I have a question. I'm leading up to something. Yes? Yeah. So just like I said yesterday, I know what's going to happen. But even though it's wrong, the people who are against segregation and who've supported the idea, they're not the one that's going to feel the pain of something like the success of it. You're the one that's going to be feeling it. So the people who are trying to support integration-- Or are against it. --or going against it, going against segregation, they're not sending their child. You're sending your child. Yeah. So if something happens to your child-- You feel the pain. You feel it. Not the other people. Not the other people. I love this lesson for several different reasons. The thing that excites me the most is touching on things that have happened in the past that I feel like students either have experienced now or will experience later on in their lives. We started off at the beginning of the year talking about the Civil War and how our nation was divided due to so many different issues. The culture and the climate that we're in right now where race and gender, nationality, or citizenship, these issues of identity are so huge. We go back and we look at things like what happened in Little Rock as far as segregation and judging people and not wanting to be next to someone because we're afraid of what might happen. And the fact that my classroom is extremely diverse, showing them that what you may be experiencing now is not something that is 60, 70 years old. This is something that's very recent.

Are you new to Facing History, or ready to teach a familiar topic in a new way? These resources will provide the background and context you need to get started. 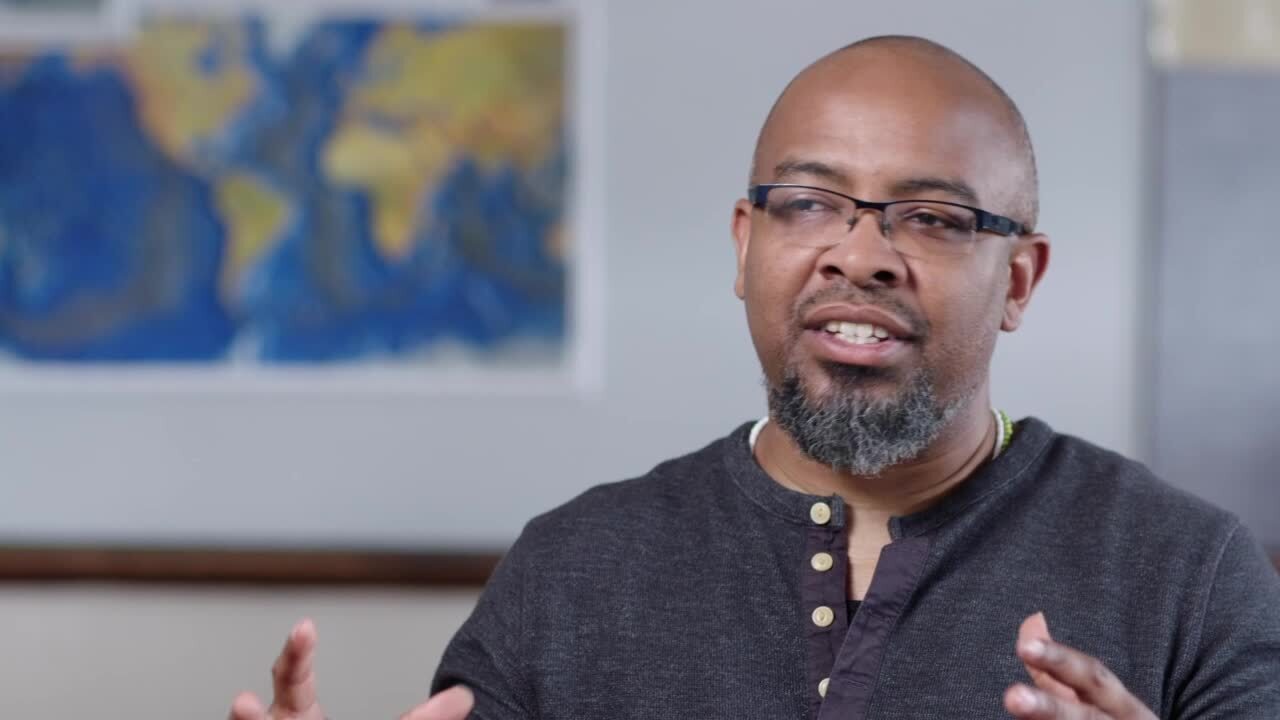 Facing History resources help teacher Marilen Corres “give a voice to the voiceless” in her social studies classes — and help students have “that lightbulb moment.”

We see deep learning happen in classrooms where students feel safe engaging with you, the material, and with each other. We offer best-in-class resources and professional learning opportunities to build your classroom community and develop critical thinking skills, empathy, and civic engagement.

Our learners will change the world

Throughout history, young people have yearned for a future free of bigotry and hate. Listen to stories from Facing History students about the impact Facing History had on their lives, and how they’ll use what they learned to make a better tomorrow. 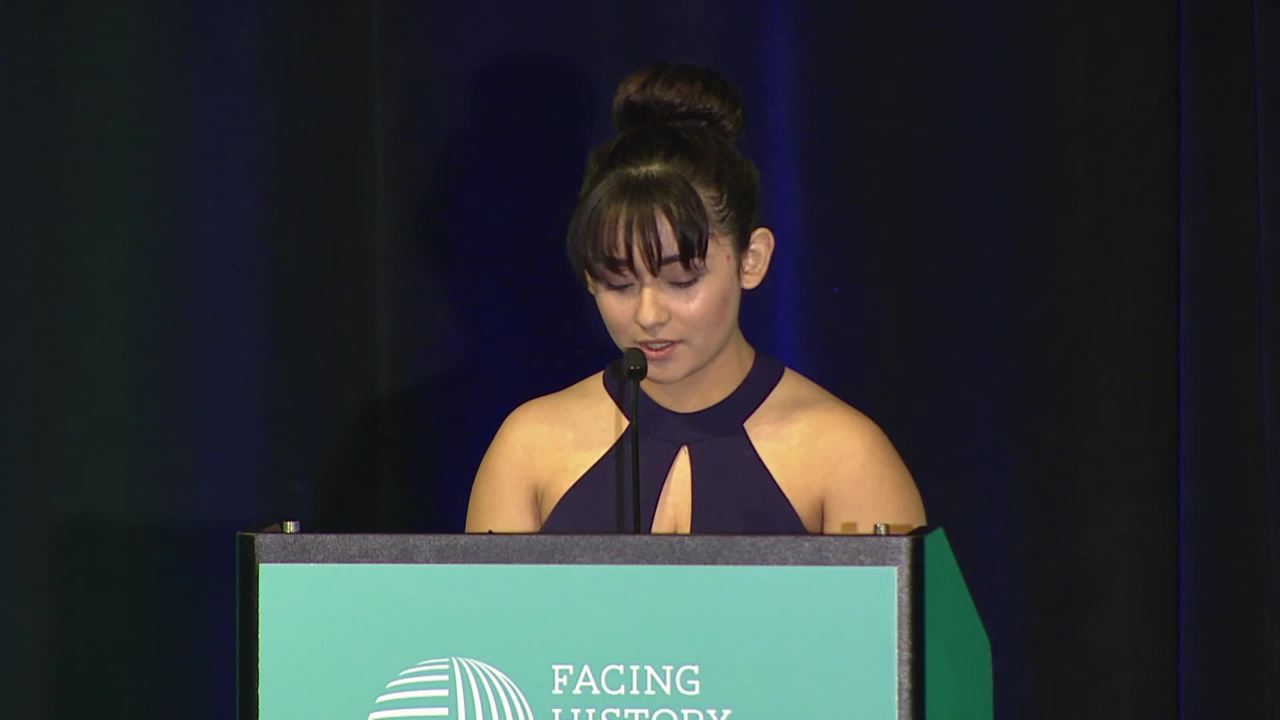 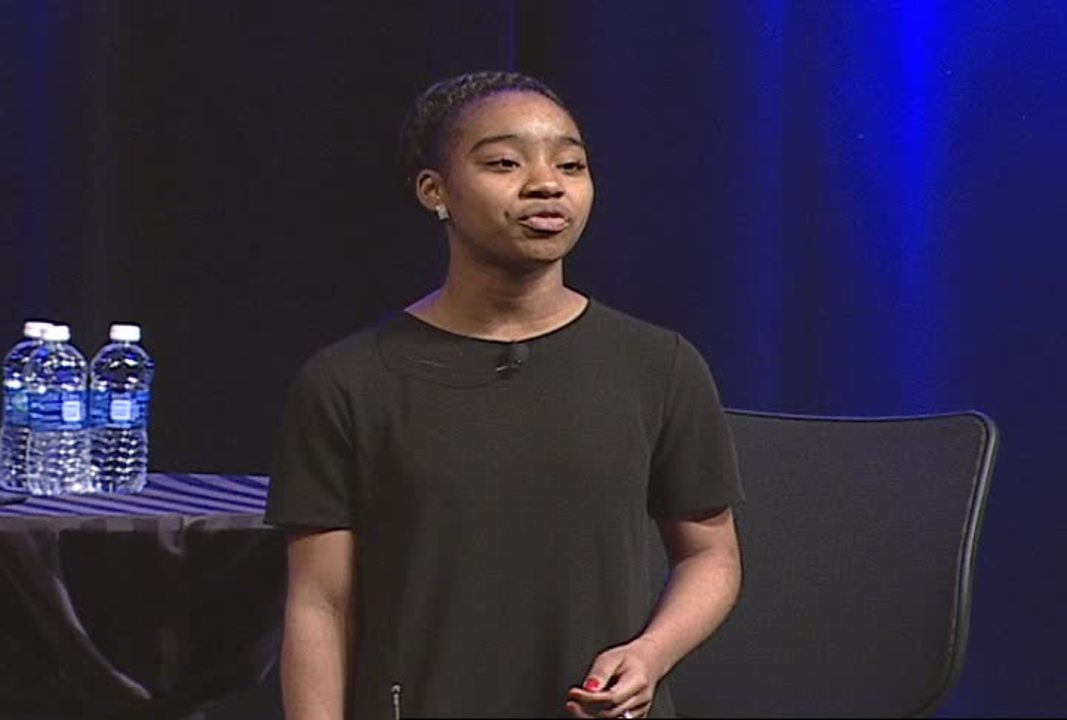 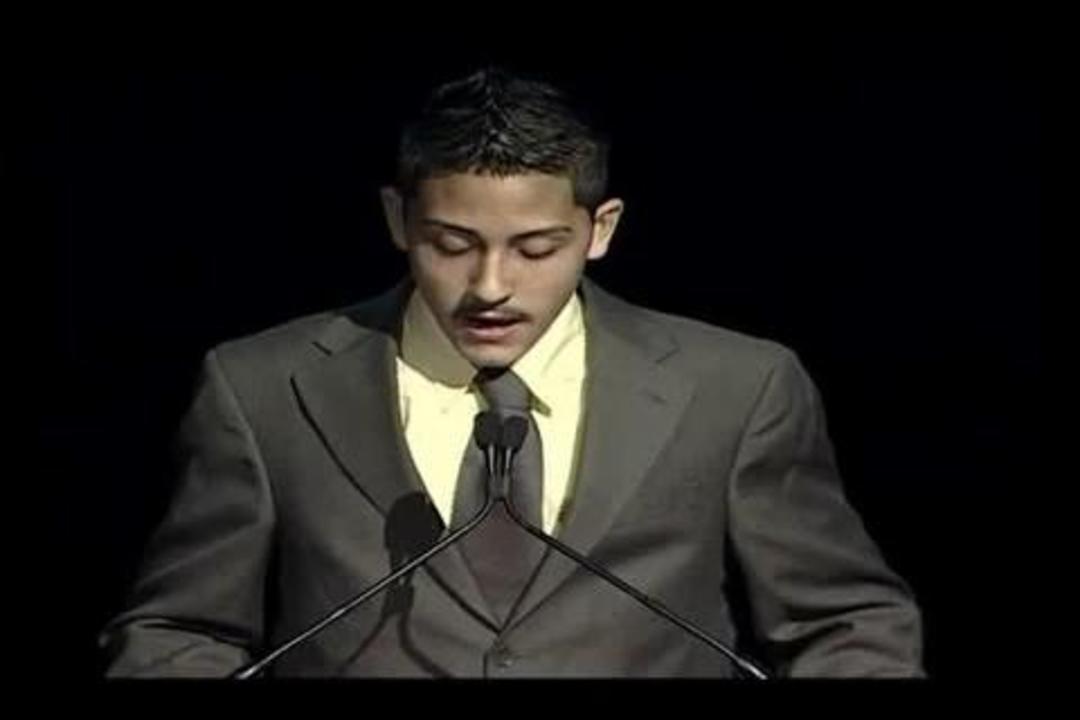 Including reflection in your teaching practice and your lesson plans is a key component of the Facing History teaching and learning model. Our resources help you develop a consistent practice of reflective thinking and action with your class.

Self-reflection can help us “face ourselves,” which requires confronting the beliefs, biases, and underlying assumptions that influence our work as educators.

A New Approach to Teaching the Reconstruction Era

Facing History’s impact is felt more deeply the more educators learn and grow together. Our professional learning offers a space where educators can listen, learn, and help each other as we work to use learning as a powerful tool against bigotry and hate.

Do you have a team of teachers who want to teach Facing History together?

It's not his story or her story or their story. It's our story.