The Power of a Lie: The History of the Blood Libel

Staff from Facing History & Ourselves discuss the history and ramifications of the blood libel.
Last Updated: April 18, 2022 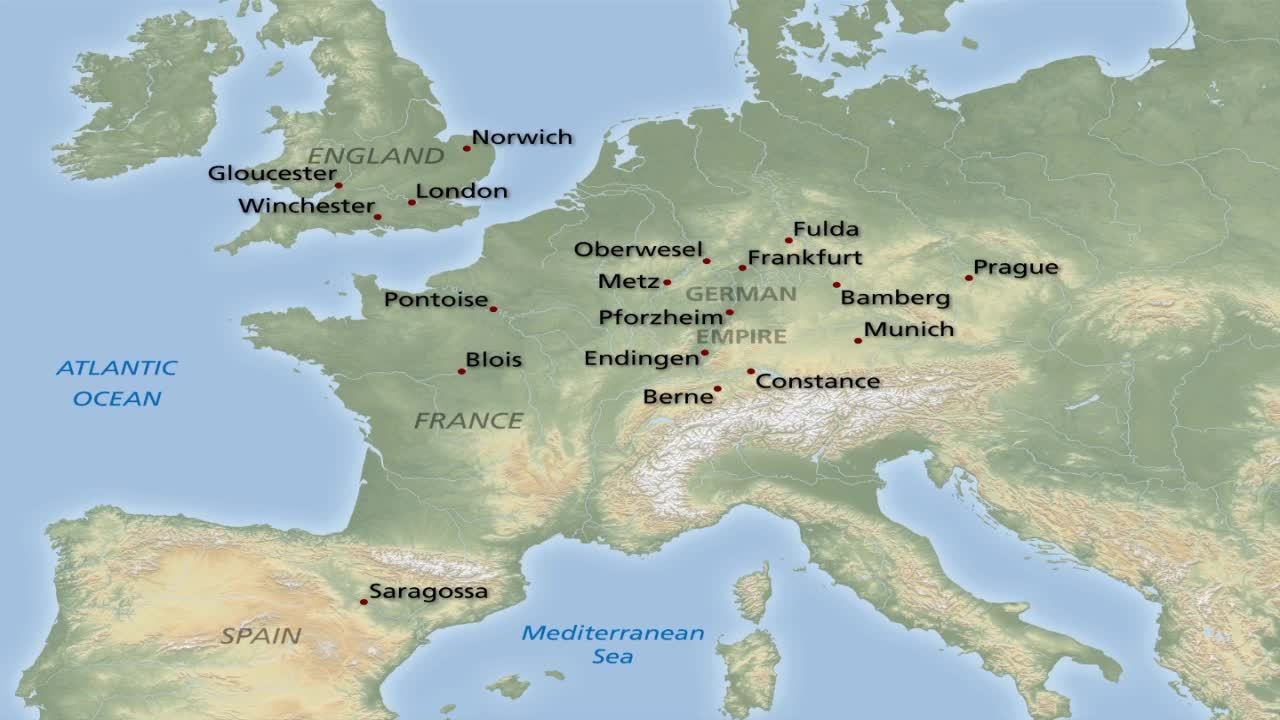 Hatreds are rooted in stereotypes and myths. The lies persist despite efforts to set the record straight. We are going to examine one of the most powerful and pernicious of those lies-- the blood libel. It's the false claim that Jews engage in ritual murder, that is, religiously sanctioned murder. It's been traced back to 12th century England. In the 1100s, many Christians were outraged that Jews refused to convert to Christianity.

They saw the Jews' refusal as a willful and obstinate denial of what they perceived as God's truth. They expressed their anger in words and images that dehumanized and demonized Jews. It was in this charged atmosphere that some Christians began to accuse Jews of ritual murder.

The accusation came at a time when life was precarious in Europe. And as in other times of great fear and anxiety, many people found it all too easy to blame them, the people who are not like us--

The blood libel grew out of an incident that took place in Norwich, England, in 1144. On Good Friday a woodsman discovered the body of a missing child in a forest near his home. The man claimed that young William's death had to be the work of Jews because no Christian would have murdered a child so brutally.

The boy's distraught family agreed. The authorities did not. They firmly stated that there was no proof that any Jew was involved. No one was punished for the child's death.

Five years later, a monk named Thomas of Monmouth arrived in Norwich. After hearing the gossip, he decided that the boy's death was no ordinary murder. It was a ritual murder. He claimed that the Jews were reenacting the crucifixion. He charged that every year they killed an innocent child in much the way they killed Christ. He insisted that in 1144 the country they chose was England.

The city was Norwich.

And the chosen child was William of Norwich.

Within just 50 years' time, Christians in eight European cities had accused Jews of ritual murder. In the German town of Fulda in 1255 a new element was added to those charges.

It was the strange notion that the Jews murder innocent children for their blood. By the end of the 13th century, the number of known accusations had more than tripled and spread to almost every part of Europe, despite the many rulers and popes who insisted that this charge was false. They insisted that Judaism does not permit ritual murder.

Over the centuries, the blood libel became rooted in Christian culture, in part because it tapped into the fears and anxieties of parents and children alike. It also had particular appeal to the greedy and the corrupt, as Pope Gregory X noted in 1271.

Some Christians purposely hid their children so that they could use the blood libel to extort money from Jews.

In the 12th and 13th centuries, the blood libel was rooted in religious beliefs. When those beliefs changed the lie persisted. By the 1800s, it was often linked to notions of race.

Accusations that Jews engage in ritual murder were now considered proof of the depravity of the so-called Jewish race. In the 1930s and 1940s, Adolf Hitler and his followers used the blood libel as propaganda.

To the surprise of many, the blood libel continued to incite violence long after the Holocaust ended. On July 4, 1946, a 9-year-old boy in Poland falsely claimed that the Jews had dumped him into a sack and then carried him to a basement where he witnessed the murder of 15 Christian children for their blood.

Within hours of his supposed escape from the Jews, 5,000 angry Polish protesters surrounded a building owned by the Jewish community and attacked the Jews inside, nearly all of whom were survivors of Auschwitz and other death camps.

When the rampage ended, about 75 Jews were injured and 41 were dead, including a number of infants. Police officers and soldiers rushed to the scene but did not even try to stop the violence.

And nearly 700 years after Innocent IV had become the first pope to confirm that Jews do not practice ritual murder, Poland's cardinal and all but one of his bishops insisted the matter had not yet been settled. By the end of 1946, a virulent antisemitism had driven thousands of Jews from Poland, and many others were eager to join them.

The blood libel reveals much about the way a lie becomes embedded in a society. It also reveals why antisemitism persisted. It is a very convenient hatred.

How to Cite This Video

Facing History and Ourselves, “The Power of a Lie: The History of the Blood Libel,” video, last updated April 18, 2022.

Use this Teaching Idea to introduce students to contemporary examples of Holocaust trivialization and prompt reflection on the question “What are the implications of comparing current events to the Holocaust?”
Collection
Add to Collection

This collection of resources is designed to help educators integrate the study of traditional and contemporary antisemitism into their efforts at combating prejudices and stereotypes in the classroom.
Collection
Add to Collection

Help students strengthen their civic voices by exploring examples of individuals who are choosing to participate and make their voices heard in their communities.
Lesson
Add to Collection

Students reflect on how they consume and share information they encounter, how antisemitism is spread online and the potential consequences of being exposed to antisemitic content.
Mini-Lesson
Add to Collection

These activities are designed to help students reflect on the devastating attacks in Christchurch, New Zealand.
More Like This Teaching Resources Learning & Events
Using the strategies from Facing History is almost like an awakening.
— Claudia Bautista, Santa Monica, Calif